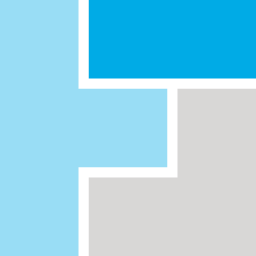 SAP Lumira Designer – aka SAP BusinessObjects Design Studio – is the tool used to create dashboards in the SAP Analytics on-premise portfolio. These dashboards can be made available via the SAP Fiori Launchpad or BI Launchpad, mobile on the iPad or via other end devices.

In 2010, it was clear that the BusinessObjects products added to the SAP portfolio in 2007, such as Web Intelligence and SAP BO Dashboards, had weaknesses. The SAP BW-specific analysis functions were not sufficiently mapped. For this reason and due to the technology change from Flash to HTML5, a tool for designing dashboards and web applications was completely redeveloped.

The project name “ZEN” disappeared with the 1.0 release at the end of 2012, followed by the name “Design Studio”. Since 2017 the tool is called SAP Lumira Designer. The use of this tool is secured until 2027 despite the SAP-driven cloud strategy. SAP offers support at least until this date.

SAP Lumira Designer is an Eclipse application which must be installed locally on a workstation for all report developers. In general, no HTML5, JavaScript or CSS knowledge is required to create simple dashboards. Components such as diagrams, tables or navigation elements are simply placed on the canvas via drag-and-drop – this applies both to the components included in the standard as well as to partner developments such as graphomate extensions.

graphomate extensions are fully integrated into the SAP Lumira Designer and provide comprehensive support for the script language. This means that our extensions can be controlled completely interactively.

What can SAP Lumira Designer provide?

With SAP Lumira Designer, report developers have a comprehensive toolbox with which even complex report applications can be designed exactly according to the needs of the report recipients. SAP therefore also refers to BI applications instead of dashboards. With this tool you can easily create:

Despite the “What you see is what you get” approach, SAP Lumira Designer is not a tool for the business department in the sense of a BI self-service tool, but should be located in IT or in a BI competence centre. The implementation of individual requirements for a dashboard tailored to the needs of the target group requires comprehensive knowledge of scripting (BI Action Language) and CSS. For performance reasons, you should also rely on experts to connect to data sources such as SAP BW, SAP HANA and SAP universes.

With SAP Lumira Designer you get an extensive library of components that you can easily use via drag-and-drop for dashboard creation. Especially noteworthy:

SAP Lumira Designer has powerful connectors to SAP Business Warehouse (BW), SAP BusinessObjects Business Intelligence Platform (BIP) and the SAP HANA in-memory database. This supports the SAP Query Designer of the Business Explorer(BEx) suite in all its facets and possibilities.

SAP Lumira Designer has provided a powerful interface for third-party developments since 2012. The graphomate GmbH was significantly involved in this development. These partner extensions are completely integrated in SAP Lumira Designer and can be used and addressed like standard components.

SAP was a pioneer with this development of a partner SDK. The competition has followed in recent years, so that we can also offer our graphomate extensions for products such as Tableau and Power BI.

You can bookmark and share filtered states of a dashboard. This is useful if certain filter constellations require analysis at regular intervals. You can also store personal or global comments in the respective context.

Also useful: Individual pages of a dashboard can be exported in PDF format with configurable header and footer

The table component (Cross-Tab) supports the planning functions of the integrated planning of SAP BW (BW-IP). This means that so-called planning functions can be used to generate suggested values for plan values and to write them back to SAP BW after manual adjustments if necessary.

No, SAP Lumira Designer is not dead! Even if the cloud topic seems to be omnipresent at the moment on the part of SAP: We are convinced of SAP Lumira Designer as a mature, powerful front-end tool. There is probably no comparable tool on the market that gives developers such freedom in dashboard development based on SAP BW. In addition, support is guaranteed until 2027 (source), as already mentioned.